Android games are one of the main attractions of the Android run smartphones. Numerous Android games are added every day in the Google Play store though all of them don’t get a bulk download. But some of them are excited to play and an experience to have on the phone.Top 10 Android games of 2017 chosen here.

All the Android games are just a single tap away in Google Play. Maximum of them are free to install, but if you wish to play them in multiplayer mode, you may have to pay a little amount. Here we are shortlisting some games for the Top Ten games that run on Android OS depending on the Size of the game, graphics, playing options, stages of the games, Top 10 Android Games 2017, etc. We are presenting these marvellous best ten Android games according to the order.

This game is by Gameloft and itself is an in-app purchase game for Android phones. It’s an internationally praised game acclaimed by WW2 authorization. Brothers in Arm is an action packed game, with shooting and killing with many upgraded weapons. It’s combat games, in particular for boys. The games have many exciting features, and it has special effects too.

Check: how to play brothers in arms three on MAC PC.

It’s a Kilo game production and is loved by all ages. In this competition, the player has to dash swiftly by collecting all the coins and boosters on their way. Dodging the trains and jumping on them lets you complete levels.

One of the best fighting games ever. This fighting game which lets you fight with giants, and it has good graphics and sound too.

This game is making its mark all around. As the series of walking dead goes on, the seasons upgraded. Eason 2 and 3 available, and it’s the best action games ever played. 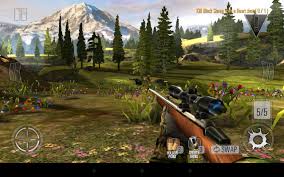 Glu presents this, and it is by one of the top developers of games. One of the most exciting games with FPS hunting simulator that runs on Android.

Game loft develops this game, and it is a free play. This Sci-fi action game with best shooting techniques. It has an epic storyline to play.

It’s an adventure game by FrogMind. The player has to fly and keep himself survive. It’s one of the most downloaded games. One of the best things is it has good graphics and audio quality. If you are playing this Android game using your headpiece, it will sound impressive.

So, you can play BadLand on IOS using IOs emulator like iPadian on Windows computer.

It’s an action packed game by Warner Bros. It’s a game of battle between your favourite WWE fighter and the WWE Immortals. Each WWE character has unique powers and features, which enjoyed while playing. You can play with the different famous characters in a different arena.

Candy crush soda saga is a game by King, and it’s a sweet game to play. One of the most loved games by all. The main attractions of the Candy Crush soda saga are-

How to play candy crush saga on PC.

Racing Moto is a game by Top Casual games, and it’s one of the fastest and entertaining games.

Check: Clash on clans on Laptop.

These are the Top 10 Android Games for 2017, according to the numbers of download from Google Play. This thing indicates that large numbers of mass love these List of Best Android Games. These best android games can get easily on Google Play, and most of these are free to install. Then Why you are waiting? Install these best Android games on your smartphone and let your adrenaline rush through your veins.

How To Increase Ram In Android Mobile Phone Using SD Card
How To Download KO Player For Windows PC, Laptop 10,8,7

How To Change IMEI Number on Android, iPhone | Ultimate Tricks for All Mobile